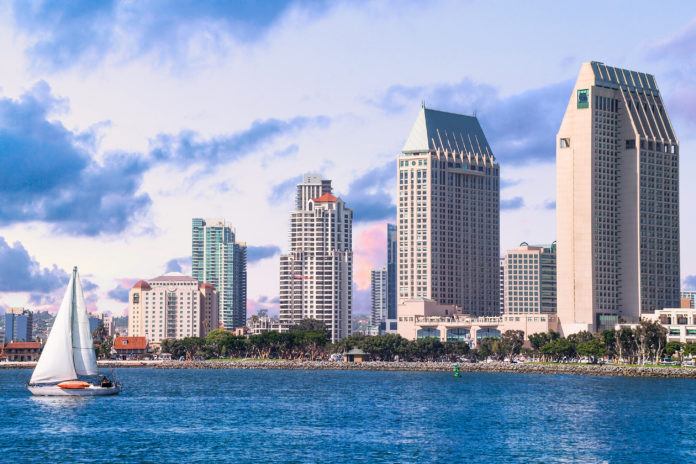 In this competitive environment where most destinations are vying for Chinese tourists, destination marketing organizations (DMOs) need to be more creative with their approaches and campaigns to create awareness of their destinations and converting these inspirations into bookings.

Capitalizing on the new Hainan Airlines Beijing-Tijuana-Mexico City route, the closest flight to San Diego originating out of China, SDTA is working directly with Hainan Airlines to promote the Tijuana stopover as an additional gateway to San Diego.

The new flight that will take passengers to the Tijuana Airport, located on the international border between Tijuana and San Diego, provides Chinese travelers with easy and convenient access to San Diego and its many unique offerings.

“Based on market analysis, we expect to see an increase and impact to San Diego arriving to Tijuana Airport and crossing the new Cross Border Xpress (CBX) into our destination,” said Joe Timko, International Public Relations Manager at San Diego Tourism Authority.

IT IS ESTIMATED THAT 20 PERCENT OF PASSENGERS WILL DISEMBARK AT TIJUANA, AND AFTERWARDS POTENTIALLY TRAVEL TO SAN DIEGO

It is estimated that 20% of passengers will disembark at Tijuana International Airport, located directly on the U.S.-Mexico border, and potentially cross the border to San Diego via the Cross Border Xpress. Due to its unique location and convenient customs clearance service facilities, the new Hainan Airlines flight combined with CBX provides an exciting new option for Chinese visitors to San Diego without having to step foot in another California or U.S. city like Los Angeles, San Francisco or Seattle.

Opened in late 2015, the CBX allows passengers to conveniently travel between the Tijuana Airport and the San Diego region. Upon landing, international passengers retrieve their luggage and then walk across a pedestrian bridge into San Diego, where they will clear U.S. customs and immigration – all without leaving the terminal.

VISITORS CAN FLY INTO TIJUANA AND SIMPLY WALK OVER THE U.S.-MEXICO BORDER

As a travel destination on the U.S.-Mexico border, Tijuana is located only 20 miles from the city center/downtown of San Diego and has become a new option to enter the United States from. Passengers departing from or arriving at Tijuana Airport could go back and forth easily to the U.S. through the CBX to clear U.S. customs and immigration.

Also, since the San Diego International Airport currently only offers one nonstop flight from Asia with Japan Airlines’ flight between Tokyo and San Diego, the direct Hainan Airlines flight from Beijing to Tijuana combined with the new Cross Border Xpress offers an exciting new opportunity for Chinese visitors to San Diego.

To increase awareness and interest in travel to San Diego among Chinese FIT travelers and to generate overnight hotel/motel stays for San Diego, SDTA’s in-market representation firm, Aviareps, in partnership with Hainan Airlines, is conducting training sessions for the top 25 Chinese wholesalers and operators, such as Caissa, Utour, Tuniu, BCTS, and more, to educate them about the new flight and the opportunities it offers for Chinese visitors to San Diego.

SDTA IS WORKING WITH MAJOR CHINESE OTAS TO NOT ONLY MARKET SAN DIEGO, BUT ALSO TRANSIT VIA TIJUANA

In late February, SDTA hosted an annual luncheon for Los Angeles-based Asian tour operators, most of whom were Chinese tour operators, to discuss the new route and the opportunities it provides to Chinese visitors to the region.

SDTA will continue its in-market efforts by participating in the Visit California sales mission and meet with key travel trade contacts in Beijing, Shanghai and Taipei to discuss further the new flight and San Diego in April.

In addition to that, SDTA is also partnering with Brand USA to launch a multi-channel consumer direct advertising program in China.

Key strategies for the program include online travel agency campaigns with Ctrip and Fliggy, and consumer advertising campaigns with Baidu. There will also be influencer marketing programs with “key opinion leaders” (KOLs) in China.

The key message is “San Diego, the Best of California.” Chinese visitors can visit San Diego and get all of their California experiences in one destination.

“With its captivating coastline, beautiful landscape, abundant food choices, diverse culture and popular theme parks, San Diego is the dream destination where you (Chinese visitors) can experience the best of California,” Timko added.

SDTA’s $1 million investment is estimated to deliver more than 250 million impressions in the Chinese market.