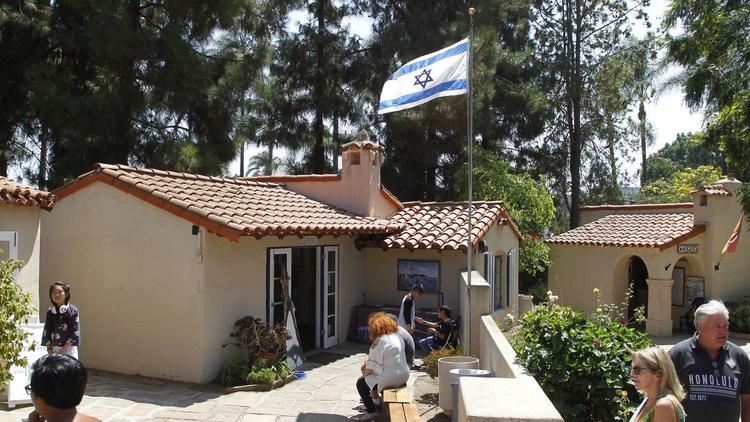 Organizers have until December to raise enough money to start construction on a House of Mexico in Balboa Park before construction permits expire.

The House of Mexico nonprofit is one of 34 organizations representing countries, territories or cultures in the House of Pacific Relations, which oversees cultural programming at the park’s historic international cottages. Twelve of those organizations, including the one representing San Diego’s neighbor to the south, don’t have their own cottages and rotate hosting weeks in the House of Pacific Relations’ Hall of Nations.

House of Mexico organizers have been fundraising for years to build a cottage of their own. Though the city of San Diego owns the buildings, organizations wanting to add to the current 19 cottages and Hall of Nations annex home to the House of Italy have to cover construction costs. The city must approve all construction plans.

Sonia Ruiz, current president of the House of Mexico, said having a cottage would enable the organization to do more community outreach.

Many people are shocked when she tells them that there is no actual house for the House of Mexico, she said. Others have suggested that Mexico doesn’t need a house because San Diegans already have easy access to Mexican culture.

For Ruiz, the pervasiveness of Mexican culture in San Diego is more reason to have a house, not less.

“‘This community is enriched by the ongoing contributions of Mexico,’” she said, reading from a message that member Pablo Palomino sent her. “‘A cottage would be an appropriate tribute to Mexico’s legacy in San Diego.’”

In late 2016, the city granted permission for construction of five buildings — four duplexes and a single — to accommodate nine of the house-less Houses, including Mexico.

The Houses learned that because building costs had gone up, they needed to raise more money than they had initially budgeted.

Supervisor Ron Roberts will also ask the county board in September to approve a $20,000 grant to the House.

The House will likely need still more funding beyond the $100,000 since recent tariffs on steels have further raised construction costs, Castro said.

Ruiz thinks that because there are so many Mexicans and Mexican Americans living in San Diego, many may expect that the House will get enough money without their help, a variation on the bystander effect.

“If everyone who is Mexican, or is Mexican American, or who loves Mexican food and Mexican culture gave us $1, we would have our house,” Ruiz said at a recent member meeting.

Mexico used to have a cottage. It was among the countries represented in the original 15 cottages that were built for the 1935 California Pacific International Exposition.

According to a book published by House of England member Frances Weekley, many of the other countries represented were European — Germany, Norway, the Irish Free State, Sweden, Portugal, Italy, Denmark, Czechoslovakia, the British Empire and Yugoslavia.

Japan, the U.S., and China were also part of the original group, and one cottage for Latin America combined 19 countries into the remaining house.

From 1935 to 1940, the House of Mexico occupied what is today the House of Israel. Then, Finland took over that cottage, and Mexico moved into the Latin America house, according to Weekley’s book.

After the attack on Pearl Harbor, the military took over Balboa Park and turned the cottages into barracks for Naval officers.

When the House of Pacific Relations returned to the park in 1948, it doled out the cottages based on the number of current members, according to Weekley’s book. The final cottage was shared by all of the remaining Houses, including Mexico.

The House resurfaced briefly in the 50s and again in the 70s without enough momentum to stay.

Many houses similarly came and went over the years, said James Vaughn, a historian who wrote about the House of Pacific Relations during his time at Point Loma Nazarene University.

Local activist Enrique Morones resurrected the House of Mexico and formed a nonprofit in 2003 that was voted back into the House of Pacific Relations in 2004.

“I was stunned to learn that there was no House of Mexico,” Morones recalled.

The vote itself was not an easy win.

Morones said several members from other Houses stormed out to protest the number of votes against Mexico. He said racism played a role in the no votes.

According to a San Diego Union-Tribune article at the time, the House of Pacific Relations denied discriminating against Mexico. Some members who spoke with the Union-Tribune said they were concerned about Morones as a leader because of his vocal political activities.

Recently, Morones argued that House of Mexico should get the standalone cottage rather than a duplex with another country. The House of the Philippines, which has seniority in the House of Pacific Relations, is currently slated for the standalone.

Though Morones is no longer the president of the House of Mexico, he is active in its fundraising. He said last week that he is confident that Mexico will get its own cottage soon.

Raising hundreds of thousands of dollars is difficult for an entirely volunteer-based organization, said Marisol Meyer, treasurer for the House of Peru.

The House of Panama reached its goal in part with a donation from the Panamanian government.

Oscar Urteaga, spokesman for the New International Cottage Committee, said that all of the Houses are collaborating to make sure the construction goes forward.

“We don’t want to leave anyone behind,” Urteaga said. “We’re evaluating all options to make sure that [construction] happens.”

Lebanon ended up getting dropped from the list and then sued over the issue. That lawsuit is not yet resolved.

The recent drama over cottages is not uncommon in the history of the House of Pacific Relations. Weekley’s book alludes to internal and inter-house disputes.

In 1941, the House of Pacific Relations fielded complaints about the House of Germany displaying images of the country’s leader at the time, Adolf Hitler.

When the House of Japan moved into a tea house gifted from sister-city Yokohama in the 1960s, some Houses objected to the building because it didn’t match the cottage design. The tea house remained for about four decades.

Other moments, like the House of Israel casting the first vote in favor of a House of Palestine, illustrate why officials worldwide have held up the cottages as a symbol that even people who disagree politically can find harmony through culture.

Through his research, historian Vaughn said, he realized that bickering evident in archives from the House of Pacific Relations was not contrary to its mission of peace but rather part of what happens when humans work together toward democracy.

For Ruiz, the current House of Mexico president, the mission to build a cottage is much farther-reaching than any of the bumps the organization has hit along the way.

“It’s about culture and bringing people in and educating people,” Ruiz said. “I’m excited about the possibilities.”

The House of Mexico will celebrate Mexican Independence Day with its Arte, Color, y Fiesta event in September.