Inicio Noticias Second In Charge Of State Schools Was Born In Tijuana, Educated In... 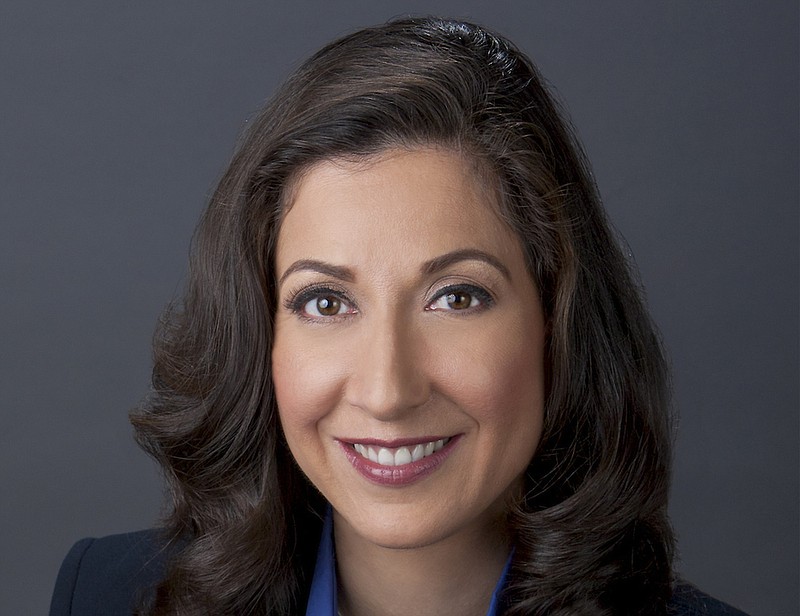 The state’s new chief deputy superintendent — the second in line at the California Department of Education, behind State Superintendent Tony Thurmond — likes to say she “flunked” kindergarten.

Lupita Cortez Alcalá’s father moved the family from Tijuana to Poway in 1977, after saving up enough from his job as a San Diego civil engineer for a down payment on a house north of the border. When Alcalá enrolled in kindergarten at Midland Elementary School in Poway Unified, she didn’t speak English and the school lacked instruction in Spanish. They held her back for a second year.

“You’re listening and hearing five years or more of Spanish when you first start kindergarten, and when you start school only in English, it’s like you’re starting all over again,” Alcalá said.

“While I received a very good public education, language forty years ago — bilingual education and dual immersion — just wasn’t as very prominent, particularly in Poway,” she said. “We were one of the only Latino families that were at that school at that time.”

Alcalá went on to earn straight A’s in middle and high school, and attend UC San Diego and the Harvard University School of Education. She later worked at the department she now helps lead, working on the roll-out the state’s current academic standards and developing standards for English-language learners.

Before being sworn in as the state’s first Latina chief deputy superintendent Jan. 9, Alcalá served as executive director of the California Student Aid Commission.

Below is a Q&A with Alcalá. Her answers have been lightly edited for brevity.

Q: How did your experience as a student at schools here in the San Diego region impact you eventually getting into education and winding up where you are now?

A: First and foremost, I received a really good public education and I was surrounded by other students who wanted to go to college and whose parents expected that of them, as well. My parents did, as well, but they didn’t know how to navigate the education system, so they placed us in a really reputable school district because they expected the teachers and administrators to help lead us and guide us.

I didn’t always know I wanted to go into education. I think my experiences in elementary school with learning English and the struggles that my family and I had may have, unbeknownst to me at the time, been planting a seed in my head about what I thought maybe was missing at the time.

I ended up going to UCSD and during my very first quarter, during the ‘92 recession, my dad lost his civil engineering job and I had to work 30 to 40 hours a week and take a full load. At that moment I had a low-income student experience, going from sort of a lower middle class experience, and I realized how hard it was.

One of the jobs I had was with the early academic outreach program, and I would talk with middle and high school students about how to get into college.

They would take all the requirements, they took the SAT, they filled out the FAFSA. But some of the students, they came back to me the next semester and they had D’s and F’s in every class. So that led me to think, it’s not good enough for me to tell them what they need to do to go to higher ed. There’s something that’s happening way early on. And, interestingly, these students were low-income, mostly Latino, English learners.

A: English-learners are learning English, so they’re not going to reflect a high assessment score on English and math for three to five years, maybe seven in some cases, as research states. So where we’re going to look is reclassified students and how are they doing in comparison to other students, and I think we do have a good track record there.

The most important piece of the puzzle is the teacher in the classroom and their ability to get the resources they need to assist the student. There’s the language acquisition and learning how to transfer skills from the student’s current language to English to help maximize their potential to learn, read and write. And then there are the resources that are required to assist those students that are often times low-income, refugees from other countries that have suffered some trauma. They need health services and they need support. You can’t teach a child if they’re hungry.

I’m not generalizing, but some of these students have other factors affecting their ability to be successful. We want to focus on the whole child, and the most important part is whether the teacher has the professional development and language transitional skills they need.

Q: You were previously the director of the California Student Aid Commission. Can you talk about what the state has been doing to improve college affordability and what might be on the horizon?

A: College affordability does not discriminate on income. Middle-income and low-income families in California all suffer from the same concerns over being able to afford college. While the state has had a $2 billion financial aid program, which is the largest and most generous in the nation by far, that covers primarily tuition and fees and it doesn’t cover living expenses in the way it could and should.

Many of the students that we are encouraging to go to college, including career-technical students, are low-income. They don’t stop being low-income when they turn 18. That’s why you’re seeing a lot of articles and research on food and housing insecurity. Students are having to go part time and work full time.

We need to consolidate Cal Grant A, B, and C. Right now, for a family of four that makes $50,000 and below, if you have a 2.0-grade point average, you’re good to go. If you’re a family of four and you make $60,000 and you don’t have a 3.0, you get nothing. That’s a problem. You think they can go to a community college, you get the California Promise tuition assistance. But they don’t offer you nearly the same package that UC or CSU would in terms of housing and food. So one of the things we’ve been doing is advocating for more award for living expenses.

A: We’re really excited about the whole spectrum, so early education to higher education and ensuring that not only the students get a high quality education and we close the achievement gap, but that teachers are prepared and provided the professional development they need, and the parents of students — parent engagement is not only being active in their students’ education. For low-income parents, we want them to go back to school. We intend to work with the California Community College District, the Workforce Development Board and the Employment Development Department to make that happen. We intend to serve the whole family.