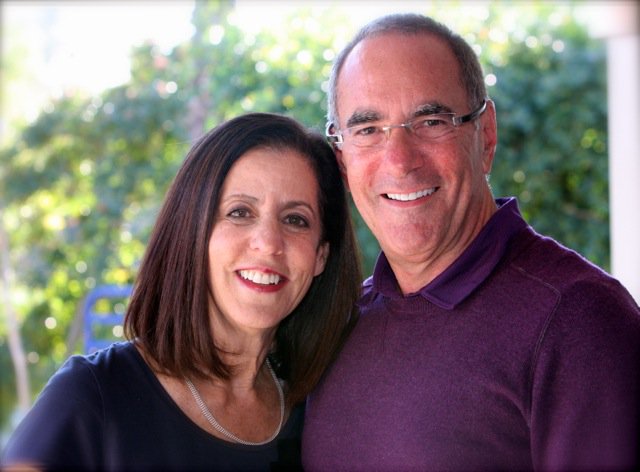 How can one have a healthier and more meaningful lifestyle? The psychologist Dr. Michael Mantell likes to use acronyms when conveying his healing messages as he believes they are a helpful way for people to remember them. For him, the acronym PERMA is an important message as it stands for positive emotion, engagement, relationships, meaning, and accomplishment. Although coined by Marty Seligman, a professor at the University of Pennsylvanian, it is a way of life for Dr. Michael Mantell and his wife Paula. As Mantell says, “It is important in life to create positive emotion in every situation and be engaged or in the flow of whatever you are doing. Relationships are also valuable as is finding meaning in every moment and doing the best you can to accomplish and reach your goals.”

Helping others and guiding them successfully to take responsibility and reach their goals of having that healthier lifestyle has been a lifelong mission for Mantell. He has worked as a psychologist and writer for many magazines and newspapers, including San Diego Jewish World. He has also worked as a TV commentator on Fox news, Good Morning America and Oprah as well as an overall health and fitness adviser and consultant.

Mantell, 65, earned his Ph.D in psychology at the University of Pennsylvania and his M.S. at Hahnemann Medical College. He came to San Diego in the mid 1970’s and worked as an assistant clinical professor at UCSD from 1977 to 2007. He was the chief psychologist for the San Diego police department for ten years, and worked for law enforcement for 20 years, helping to set up psychological and wellness services. His specialty is as a behavioral science coach for mental and physical health and well-being, such as nutrition, exercise and making positive choices or changing one’s way of thinking. For example, when advising people about losing weight, he believes “the link is what you think”. He has a diagram of four points illustrating his point. They are 1] events, 2] thoughts, 3] feelings, and 4] reactions. The gist of this more developed theory is that what you think about any given event will control your feelings, and thus your reaction.

He is the senior fitness consultant member for Behavioral Sciences for the American Council on Exercise and a member of the Scientific Advisory Board of the International Council on Active Aging. He has written for various health magazines and given presentations about his brand of fitness that he has developed over the years. His bestselling book, “Don’t Sweat the Small Stuff: P.S. It’s all Small Stuff”, came about from a series of articles he wrote for the now defunct San Diego Jewish Times. The 2nd edition of the original book with a newly added foreword is coming out this summer.

Despite all his many accomplishments, he is a very fit, down to earth, modest man who believes in a no nonsense approach in all he does. For him, his greatest accomplishments have been in helping others to succeed and his own very successful 43 year marriage, plus six years of dating to his wife, Paula.

When asked what the secrets to a happy marriage are, Mantell replied, “Actively having trust, communication, romance, and lot’s of sex. The enemies are criticism, defensiveness, stonewalling and contempt. Your spouse needs to always be your best friend. Paula and I both agree that your spouse should be the first one you turn to share the good and work through the bad. I mention Paula in many of my speeches and presentations. She is an inspiration” As Paula confided, “We are together almost 24/7 as we both live and work together, but we also do our own thing, and yet are so happy to share with each other at the end of the day. We are our biggest fans.”

In many ways, after observing them together, this writer thinks that she is “the wind beneath his wings” to quote a Bette Midler song. Paula Mantell manages his office, all the family finances, and is his biggest cheerleader. She is also the picture herself of successful active aging. At the age of 64, she is a certified trainer and like her husband, a big believer in nutrition and exercise. As a former middle school teacher who still tutors students in Spanish and French, she brings her knowledge in education to her practice as a personal trainer/coach.

The Mantells have 2 sons and several grandchildren. Family and faith are very important to them and part of the glue that keeps them together. The Mantells have actively participated in the Jewish community in San Diego for years. Both are members of Tifereth Israel Synagogue, and Michael is a board member and vice-president of Rituals. He has taught classes there and is also a writer for the Shofar or synagogue bulletin.

They also share a healthy lifestyle as both are disciplined, and dedicated to working out and eating nutritious food. Many nights, their dinner is salmon and salad. To some, it might seem like deprivation. However, they like to give a positive spin to everything. They view their life choices and being in optimal health as a gift to themselves. When asked about resisting homemade, oatmeal, chocolate chip cookies, M. Mantell replied,” I would not deny myself, but I would only eat half a cookie slowly and savor every bite. Moderation is the key.”

Are they too good to be true? Some might think so and wonder how they do it. Not everyone has the discipline and dedication that has become second nature for them. Some might struggle to live such a lifestyle. Others might feel inspired as this writer did. Their generosity of spirit and enthusiasm for each other and what they do is very contagious, if not always easy for most people to follow.