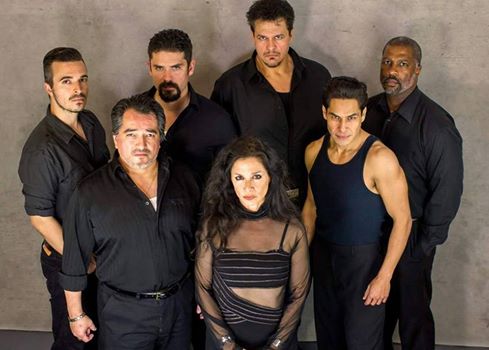 Is a young man doomed to destiny or can he overcome his fate? Since the play, Oedipus El Rey, is based on a classic Greek tragedy, Oedipus Rex, we all know what the answer will be. Nevertheless, this adaptation written by acclaimed playwright, Luis Alfaro, set in a modern Chicano background or urban barrio, asks this age old question.

In this very entertaining play, Oedipus is born to Jacosta and Laius or El Rey who is the king of the barrio. However, before he is born, a seer or “mistico” has a vision that the baby will grow up to kill his father. After the baby is born, the father cuts his feet. Then, he is whisked away by the father’s number one henchman, Tiresias, who cannot bring himself to kill the baby, so raises him as his own. Later on, he even goes to prison, so he can be with Oedipus or “patas malas” as he is known.

After Oedipus is released, he wants to find his place in the world. However, on his way to Las Vegas, he gets into a road rage altercation in Los Angeles, and ends up killing Laius [El Rey]. He needs a place to stay, and unbeknownst to him, his uncle Creon, his mother’s brother and an old friend of Tiresias, invites him to stay at the house where he lives with his sister. The invitation for one week lasts for three months as destiny plays itself out. Oedipus meets and falls in love with Jacosta, and his fate is sealed.

In Alfaro’s adaptation of the play, he blends ancient Greek beliefs with age old Mexican mystic and superstitious beliefs that still exist today. Thus, there are” tecolotes” [owls], “misticos” [seers], and “curanderos” [healers].
The talented Lakin Valdez, who looks much younger than his age, stars as Oedipus. He plays him with a sense of innocence and at the same time defiance, wanting to believe that he can overcome his fate and make his own destiny. He also displays a natural raw sensuality and grace in the bold and rather graphic love scenes he has with his mother/wife, Jacosta.

Jacosta is played by Monica Sanchez as a fierce and tragic tigress who both mocks and admires Oedipus’s view of life. In the end, their mutual attraction and passion dooms them.

The rest of the talented cast brings their own unique abilities to their roles. They all play multiple roles along with being part of the “coro”. The charismatic Dave Rivas is a fine mimic and changed his voice effectively, depending on which role he was playing. Spencer Smith, who also did the choreography, is a natural born dancer and moved around the stage with grace. Leandro Cano was appropriately rough and tough as the king of his barrio as Jorge Rodriguez was “creido” and brought a swagger to his role. Finally, Matt Orduna was both tough and tender as the adopted father who wanted a different fate for Oedipus.

This cross-cultural and innovative play, directed by Sam Woodhouse and presented by the San Diego REP, will draw you in and may even shock you.

Oedipus El Rey will be at the Lyceum Theater until March 29th.

“Into the Beautiful North” is almost there, but not quite yet