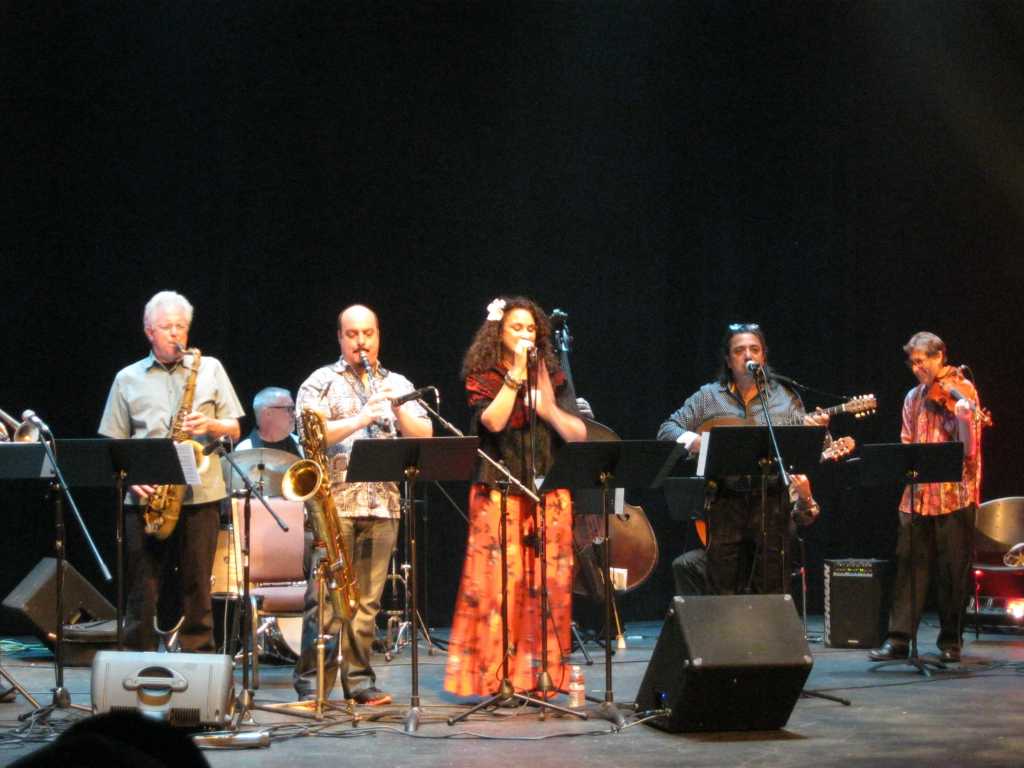 Monday evening was a good example of Jewish culture from around the world at the 24th Annual Lipinsky Family San Diego Jewish Arts festival, directed and produced by Todd Salovey.

Fist was the exhibit of Boris Malkin [1908-1972], a painter, graphic artist, and book illustrator from Belarus. His work is dark, compelling, and poignant, perhaps reflecting the attitude of the Soviet Union government toward its Jewish population, especially in that era. The work reflects a sensitive, but haunted soul. I also spoke with his granddaughter, Mariya, who is very proud and protective of her talented grandfather’s legacy. His work can be seen at the Lyceum Lower Gallery.

Next, as I wandering around, I ran into the effervescent Hannah [Hanche] Galicot, who since the 1980’s, has been like the “Godmother” of the Mexican Jewish community, welcoming newly arrived immigrants, inviting people over for a meal, and on occasion, even matchmaking. She was there with her daughter, Denisse, and son in law, Jaime Brener.

The highlight of the evening was the 16th Annual Klezmer Summit with Yale Strom and Hot Pstromi. They presented, “Tower of Babel- A Klezmer, Roma, Balkan Brass Party. The band was multicultural and included many gifted musicians, including singer, Elizabeth Schwartz, Strom’s wife. The music reflected how military brass music in the Ottoman Empire was influenced by the music of the Jews [klezmer] and Roma [taraf]. The last song, however, was a rousing rendition of Hava Nagila.

Finally, on a personal note, I have had a fascination with klezmer music for many years. Thus, I am looking forward to attending Sunday’s free presentation of “The Wandering Feast”, an event directed by Todd Salovey. It is based on Yale Strom’s year long journey in 1981 behind the Iron Curtain and his search for old klezmer music and self discovery into his own Yiddish heritage. This event will be at the Encinitas Library on Sunday, June 18th at 2:00 PM.