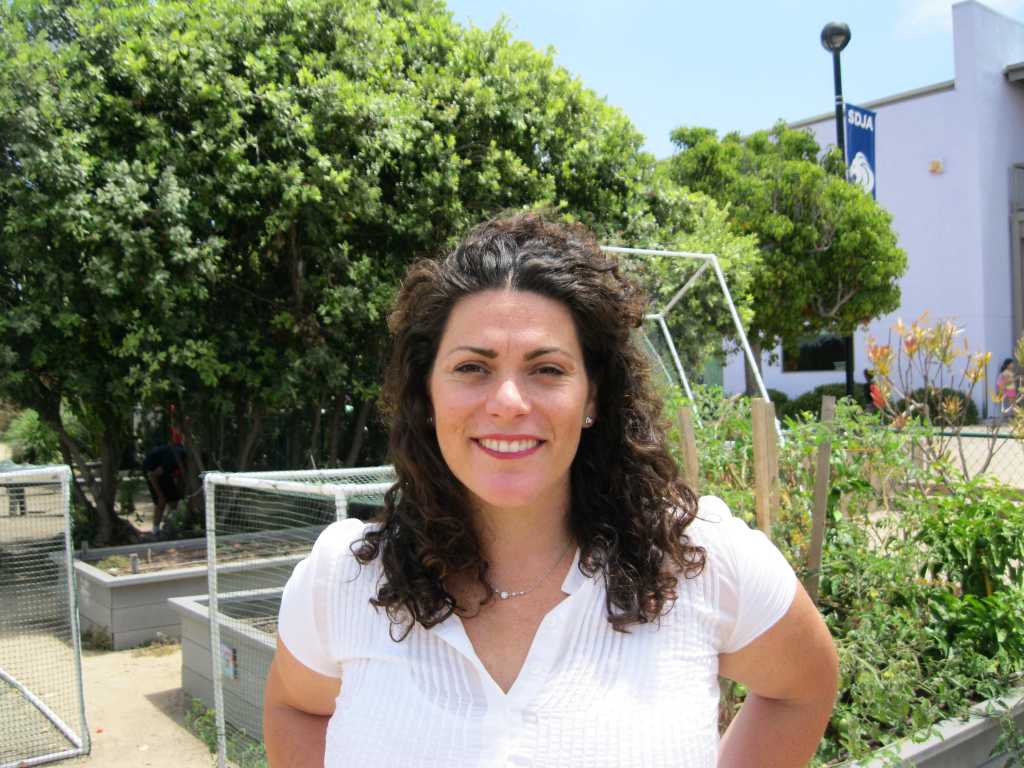 Executive chef, Giselle Wellman, is set to move in a new direction in the cooking world, and some lucky students will benefit from this. In July 2017, she became the new executive chef at San Diego Jewish Academy. She has always loved working with kids and wanted to do something to give back. Her work at the academy will include not only cooking for the students, but also teaching them about where their food comes from. This is definitely a new milestone in a successful career.

Wellman has done a lot in the world of cooking in her 33 years. She was born in San Diego and grew up in a Mexican Jewish family where food took center stage. Wellman fondly recalls cooking Shabbat dinners for her family from a young age. Her mother didn’t cook much, but her aunt did, and she was influential in Giselle’s life. “She was the first person I knew who chose cooking as a career”.

Although she grew up in an academic environment, she followed a different path. After graduating from high school, she did a year of community college and realized her passion was cooking. She then enrolled in a culinary school in Mexico City [Le Cordon Bleu Academie D’Art Culinaire] and studied for one year. She lived with her grandmother.

Returning to San Diego, she entered the professional cooking world. She started with an entry level position at Anthony’s Star of the Sea restaurant at the age of 19 where she was mentored by Jesse Paul [Paul is now owner of the Wooden Spoon in Escondido]. She worked her way up in restaurants in New York City, Los Angeles, and San Diego, including Jack’s in La Jolla [now closed] until she became an executive chef.  She also participated on Bravo’s Top Chef cooking show in 2015.

While at her last job as executive chef at Pacific Standard Coastal Kitchen in Little Italy, she realized that she wanted to move in a new direction in her life, so she parted ways with them amicably, and took a short break to reflect on life. “My goal to be an executive chef had been achieved, but I did not feel completely fulfilled”.

She had always loved working with kids and wanted to do something to give back. This all came together when she became the new executive chef at San Diego Jewish Academy.

San Diego Jewish Academy is on a large piece of land in a remote area of Carmel Valley. The school has an extensive garden where Wellman plans to have the students participate and learn by planting and harvesting crops for their hot lunch program and composting their waste.

By seeing where their food comes from, she hopes they will be inspired to eat more fruits and vegetables, in addition to becoming more environmentally conscious. There are compost gardens, including one with worms. For her, it is about showing the children a cleaner more sustainable lifestyle.

Wellman is excited to use her creativity and come up with recipes that “sneak” more nutrition into the food, like making macaroni and cheese with white bean sauce or nuggets with quinoa. Her goal is to make meals the children will enjoy, but also provide protein, fiber, and nutrients. For her, it would be a mitzvah if the program she envisions becomes an example to other schools.

Another goal is also to give back to the local food community. Many times farmers get stuck with produce they cannot sell, produce that is still edible, but imperfect. To that end, she is going to purchase “ugly foods” from marketplace, Save Good Food. She is also planning on working with Coastal Roots Farm, a non-profit Jewish community farm and education center, who will help in the educational programs for the students.

Finally, this change is personal, too. The restaurant business can be volatile with restaurants opening and closing. Wellman hopes to be working at the school for many years to come. It will also allow her to have more of a personal life as the life of a restaurant executive chef can be all consuming and some work up to 80 hours a week. At the school, she can work normal hours while providing meals and food for thought to the students, a winning situation on both sides.

Reprinted with Permission of L’Chaim Magazine