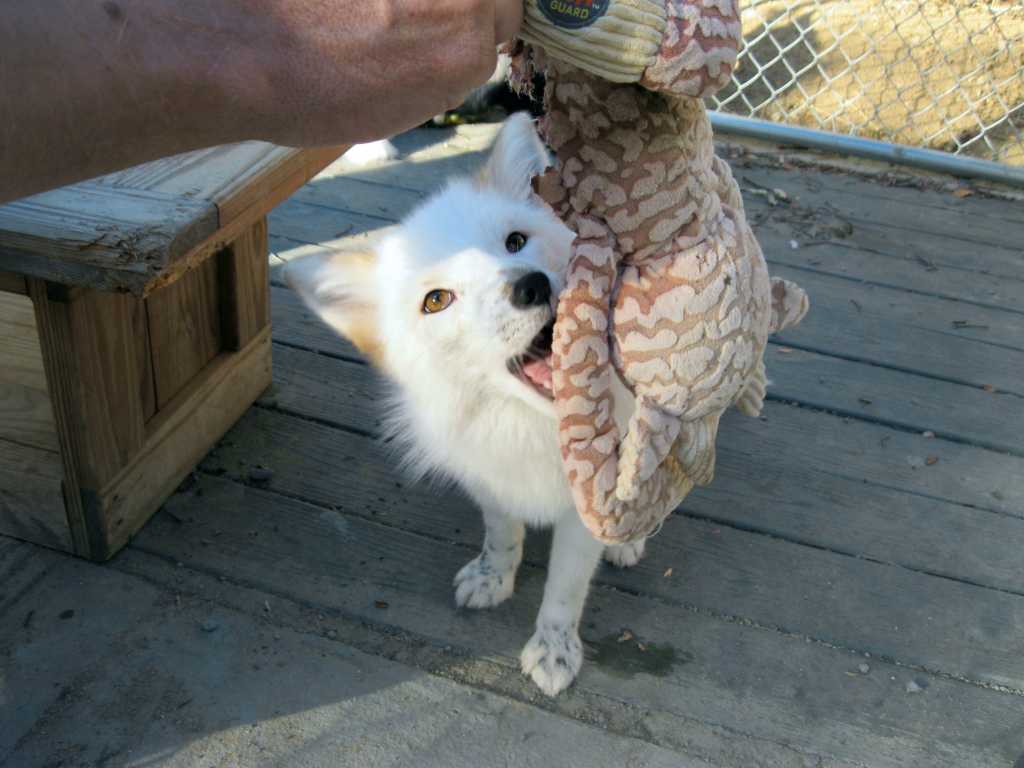 It all started about 60 years ago when Russian scientist, Dmitry Belyaev, became interested in finding out if certain wild animals could be successfully bred to get along with humans. The goal was to recreate something similar to the evolution of wolves into dogs, a transformation that began more than 15,000 years ago. He wanted to replay the process of domestication, a risky proposition in the USSR at that time, since the study of genetics had been essentially banned by Stalin.  However, after Stalin’s death in 1953, it became a bit easier in the late 1950’s, but he still had to be careful.

Belyaev chose foxes to work with as they were also canids and in the earlier days, he could work under the cover of breeding foxes to make better fur coats. He became the director of the Institute of Cytology and Genetics in Novosibirsk, Siberia. One of the people who worked with him was his intern, Lyudmila Trut, who took over after his death in 1985. She is in her 80’s today.

To begin the project, the research team traveled across the Soviet Union, visiting various fox farms, looking for the tamest and most docile foxes to purchase. They hoped that this might hasten the process of domestication.  They also wanted to prove that the domestication was genetic, so they also began breeding foxes that were much more aggressive and defensive.

By using a rigorous selection system, the team succeeded in creating a domesticated fox more quickly than they thought they would. By the 20th generation, 35% of the pups were what they considered to be “elite” and today, up to 75% percent of the foxes of the selected population that was bred is elite.  These elite foxes seek human companionship and contact.

Although the goal of the experiment was to reproduce the process of historical domestication, the researchers found that their understanding of the evolutionary process also changed. One striking thing that they discovered was how the foxes changed physically as they became more domesticated. They had floppier ears which can be found in other domesticated animals and their coats began to change color and some coats became spotted. The domesticated foxes also changed in their reproduction. They became sexually mature earlier and many litters had one more cub.

The goal was to create a genetically distinct population and many of these foxes that responded so well to humans lived in cages and had minimal contact. They were not trained to be tame.

Despite the remarkable work being done, it has also come with a price.  In the earlier days, many of the foxes that did not pass muster were sold for their pelts to raise money. Today, they sell the foxes as house pets to bring money in to continue the research. Although the Russians have come a long way in domesticating these elite foxes, most experts still agree that it is not a good idea to have a fox as a pet.

Closer to home, it is illegal in most states [including California] to own a fox.  However, there is a company in Florida that imports them. The cost is also prohibitive as each fox costs almost $9,000 to import. It is an extensive process to bring a domesticated fox from Siberia.

That is why it is such a special experience to meet a fox at the Canid Conservation and Education Center. The foxes there are not only gorgeous and friendly, they are interesting to observe as each one has a unique personality. First, there are the females. Sophia is the “diva” who rules the roost. She is the most vocal and loves to eat apples. Maksa is very sweet and loves to cuddle. Then, there are the males. According to Amy Bassett, “Boris is the friendliest. He is the least reactive, most confident, and loves having his armpits scratched!” Amy continues, “Mikhail is quiet and very sincere. He loves toys and is the most playful. Viktor is super confident and very cheeky! He is likely to find trouble the quickest! We are training Viktor in tracking!”

Finally, there is shy Ishy, an American bred fox with a lovely raccoon like face. As Amy Bassett says, “Ishy is considered a US ranch raised or tame fox. She is not domesticated for friendliness towards humans.”  The center is currently collaborating with a few experts to better understand the behavioral differences. They have noble and ambitious plans.

According to their mission statement, “the JABCECC is an interactive facility focused on education, research, conservation and animal assisted therapy programs.  This amazing not for profit facility is focused on partnering with special interest groups, academic institutions, animal physiologists, anthropologists, and experts in domestication and canine cognition to offer research opportunities, seminars and conferences, and a chance to meet the RDFs and other unique canids.  The facility partners with the film and photography industry to bring these amazing domesticated foxes to the world in a way no other facility in the world.  And of course, we would love to offer our Ambassador animals and the facility for private parties and events, so everyone can have the chance to meet one of these phenomenal animals.”

Although this center is in its early stages, one can see the time and care they devote to their animals and the inspirational goals they have. With their expertise and devotion, ,along with various volunteers and donations, this center should grow and thrive.