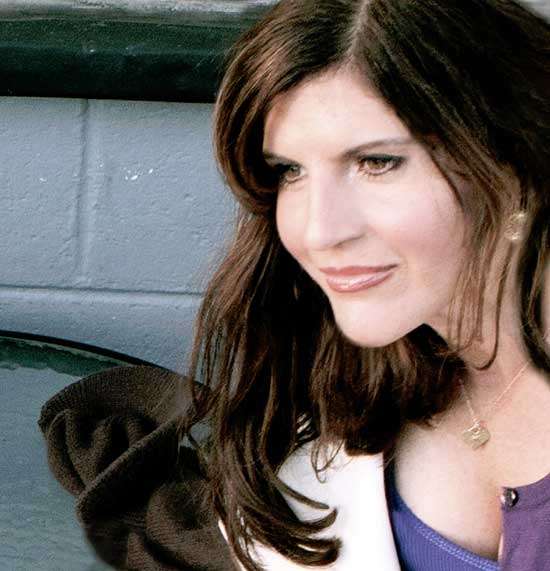 An artistic streak runs in Lizet Benrey’s family. Her late mother, Shirley Chernitsky, was a painter, and Benrey has followed in her footsteps. However, Benrey takes her creativity one step further. Not only is she a talented artist, she is also a filmmaker, actress, and a budding screenplay writer.

Benrey was born and raised in Mexico City. Living with her mother who was a free spirit and somewhat of a black sheep, she grew up surrounded by an artistic community. The Mexican painter, Jose Luis Cuevas [his work has been exhibited at the Tasende gallery in La Jolla], was a good friend of the family. While she was studying at the Iberoamericana University, she fell in with a group of fellow artists and filmmakers, some who have since gone on to have successful careers in both Mexico and the United States, including Alejandro González-Iñarritu who along with Guillermo Arriaga made the movie Amores Perros, considered to be the Mexican “Pulp Fiction”. This was a very happy period in her life.

Then, fate intervened, and her father brought her to San Diego to live. She finished up her BA at UCSD in Visual Arts. She also met her future husband, Francis Fuller, an engineer. They have two sons together, Jonathan and Alexander. She began a life of happy domesticity taking care of her husband and raising her two sons.

However, her artistic life wasn’t completely on the back burner. She continued to paint and show her work on both sides of the border. She confided that one of her proudest moments was working on a worldwide exhibition with her mother called, Women beyond Borders, in 1995. That was the only time they exhibited together. Benrey wanted to prove she could make it on her own, and soon she began to make a name for herself while still attending to her role as a wife and mother.

While her two sons were finishing up high school, she said she began to feel restless, and wanted to express some of that stifled creativity. Although she still loved painting, she felt a yearning to go back to her first love, film making.

When her mother passed away 8 years ago, she worked together with the Mexican director, Lucy Orozco to make a documentary about her mother’s life. She also narrated it. She said it was a way to help her process the grief. In 2009, Benrey decided to work on her own, and made a short film about a young, Puerto Rican-American man with Down’s syndrome called Hiram, Life and Rhythm. In 2011, she started acting and appeared as Camille Claudel in Larry Caveney’s film “In Defense of Rodin”. She also let it be known that she takes great pride in a short film she did on the life of the Mexican painter, Leonora Carrington. It is called “Leonora y Gabriel- An Instant”.

Benrey spoke about how she feels like a new chapter in her life has begun and her family fully supports her, especially her two sons. They told her they were happy all her creative juices were flowing again. Her latest goal is to bring her artistic vision into every aspect of filmmaking. Artists usually don’t work on films, but Benrey wants to follow in the footsteps of Julian Schnable, an artist who went into filmmaking [Diving Bell and the Butterfly]. He inspired her, and she is able to finance her work using the money she earns as an artist. She feels like a new world is opening up to her and is excited about her future creations.

Benrey has started writing her own films and is currently working on a screenplay for 3 short films, along with co-writing a screenplay with a well-known director in Hollywood. Right now she cannot say much about this project, but she is very excited about it. She thinks that this director is helping to bring her visualizations as an artist and painter into writing. One can see that in a sense, her life has come full circle as this director was one of her ‘cohorts’ back when she was a university student in Mexico. If all goes as planned, the movie should go into production soon, so stay tuned.