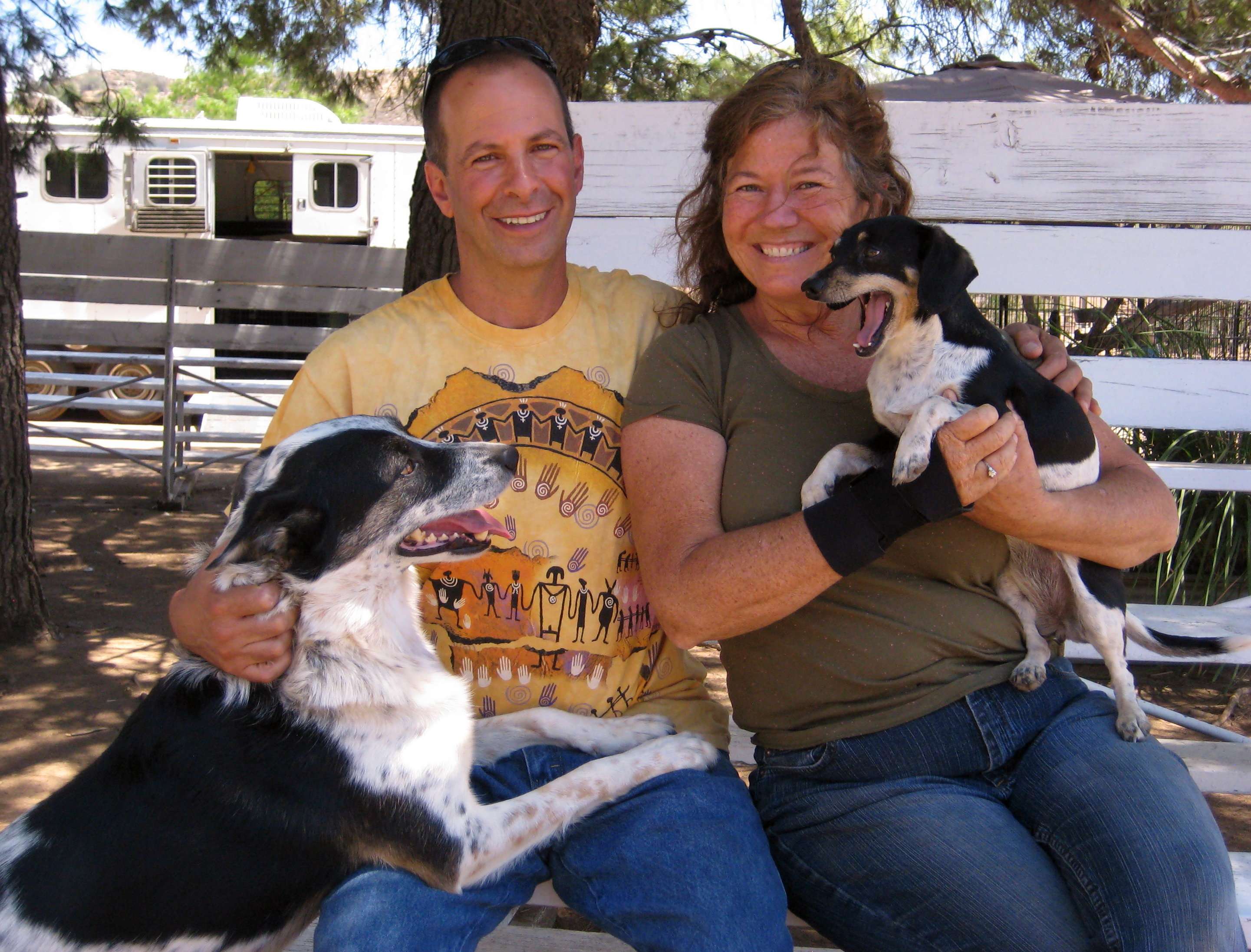 Being an animal whisperer is not magic. It is a combination of common sense and tapping into an energy or even spiritual connection that a lucky few have with animals. Gil and Nancy Riegler, owners of the Oasis Dairy Camel Farm, have had a special bond with animals since they were young, and it has grown over their many years of working and learning about them. They also have a special bond with each other. They are more than just trainers. They are animal whispers and know how to effectively communicate with their animals. Visiting them on their farm, one can see the manifestation of this.

Gil Riegler, 53, was born in Canada, but moved to Israel at the age of 4. He lived on a farm where animals were his best friends, including a pet crow that followed him around. He always felt different from others and has had an unusual life to match. After doing his military service, he moved back to Canada to pursue a career in music. Canada proved to be too cold for his taste, so he hitchhiked from Canada to California and ended up in Los Gatos and later Santa Cruz. It was there that he met and bonded with his first camel. He later went on to purchase four baby camels in Yuma which he brought back and boarded. This started his 25 year relationship with these special beings, and he has grown to understand them well. He supported himself doing various jobs, including cutting quartz crystal. He also spent many years volunteering at a special facility for handicapped people where the therapy included interacting with exotic animals. Gil helped to train those animals. Every year, Gil and the owner would go to a fair in San Jose to see a bird show and this is where Gil met Nancy.

Nancy Riegler, 52, was born in Su Tujanga, a town north of Pasadena. She knew from an early age that she wanted to work with animals. In middle school, a counselor advised her to go Moorpark Community College and apply to a program called EATAM [exotic animal training and management]. Nancy was one of 35 people accepted into the program. The training she received there was invaluable. One day she was recruited for a summer bird show with parrots. It was called Cheep Thrills Exotic Bird Show, a Peep Show Rated “G”. The owner trained Nancy to work with the birds and it was a grueling schedule. However, Nancy is grateful, for this experience really taught her how to do entertainment shows, and how to work with these highly intelligent birds. Nancy learned compassionate ways to teach the birds, and to communicate with them.

She next started working for the Wild Life Workshop at the Wild Animal Park in their early days. It was there that she discovered that for as much as she loved working with animals, it also gave her great joy to connect people with animals. She worked for both the San Diego Zoo and Wild Animal Park for six years. However, their policy was that if you changed departments, you could not bring the animals with you, even if you had bonded with them. This made her realize she wanted to start her own show.

Thus, she began her own small bird act and she went to schools, libraries, parties, etc. She continued to build her act and menagerie. She became more well known and traveled around the state which is how she ended up at the San Jose fair where she met Gil. They have been together for 15 years [married for 10] and it is obvious how well suited they are. They really enjoy their life together.

A new chapter began for them. Nancy’s home base was in Ramona, so Gil moved from Santa Cruz to join her. He brought his four baby camels and purchased six more as he decided to milk and breed them. Everything fell into place as they bought their present property of 34 acres, a place they felt they were destined to be. The Oasis Dairy Camel Farm was born.

Oasis Dairy Camel Farm holds public tours once a month, except in the summer when they are at various fairs, including the San Diego County Fair in June. The next public tour will be offered on Sunday, October 19th from 1:00 to 4:00. Registration is recommended. Prices are $10 for adults and $10 for a camel ride. Children can ride for $5. Gil enjoys giving the public an opportunity to get up close and personal with his camels and see how he trains them. He also explains about their behavior; for example, his camels are not forced to work, and they lead a happy life, so they do not spit. Gil and Nancy even spent time in southern Israel, living among the Azazme tribe of Bedouins and their camels. This experience helped to further enhance their knowledge.

The public tour also includes a bird show. Nancy shows off her talented and charismatic birds as they perform together. She is also an expert horse woman and her latest acquisition is a paint horse named Tiger Lili. Adding to the magic of the place is the fact that if you look at the horse’s flank, you will see the outline of a camel in white! She was meant to be there.

Because Gil and Nancy feel it is so important to introduce people to their partnership with animals, they hope to start having more public tours, hands on clinic series, and overnight options down the road.

Finally, they also sell various products made from camel milk, such as soaps, lotions, and lip treatments that they make in their kitchen. They also offer chocolates from Dubai. These products can be purchased on the day of the tour or online.

Besides the tour in October, they will also be open to the public for their Pomegranate Festival which will be held November 22nd and 23rd. On those two days, they will show what life is like on a camel farm and there will be opportunities to feed the camels. There will be contests and demonstrations, Nancy’s famous bird show, and maybe even a turkey stampede. There will also be a food truck vendor. Tickets are $15. For more information, visit their website at www.cameldairy.com