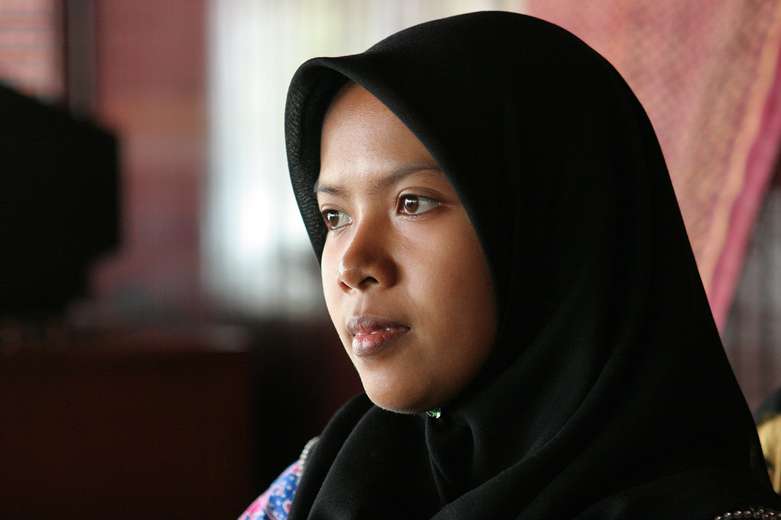 Imagine you have had a good life with a stable job and family. Then, imagine that your life turns upside down, be it from war, religious persecution, or social unrest, and you have to start from scratch in a new country with a different language, culture, even alphabet! Welcome to the world of many of my adult ESL [English as a Second Language] students. Despite all that they have gone and continue to go through, they are very grateful to be here

Some people fear the unknown and are suspicious of newcomers, so I’d like to give you a glimpse of my world. I have been both an adult and community college ESL teacher at SDCE Mid-City Center and Grossmont College for over 30 years. I have worked with people from all over the world and their resilience never ceases to amaze me. In one class, I can have students ranging in age from 18 to 65 and from different socioeconomic and academic backgrounds, but they all have a mutual goal. They want to learn English and forge a better life for themselves and their children. For the most part, it is not easy.

For example, many of the Middle Eastern students arrive with horrific stories to tell about losing family members, about bombs and kidnappings, and about living every day with fear and uncertainty.  They view this country as a haven, but then a harsh reality sets in. They have a sense of stability and freedom here, but they also have to learn a new language, find a place to live, find a job, enroll their children in school, learn how to drive, and navigate all the different paths that come with a new life. It can be daunting. I have had students who study during the day, work all night, and get by on two-three hours sleep!

Yet, they don’t give up. The good news is many of them thrive and go on to become productive citizens. We ESL teachers have had so many success stories! Back in the late 1980’s, I had a shy Vietnamese student in my evening class who became a primary care doctor at Kaiser. In fact, his office is next door to my doctor’s office! I had a student from Guatemala who is now a popular teacher at Morse High School. He also does community volunteer work. There was my Iranian student who went on to become an engineer and is currently working for the city of San Diego. Then, there was my Somali student who had never gone to school in her country. She learned how to read and write here. Today, she is getting ready to attend college as well as being a wife and mother.

Right now, there are my Iraqi students at Grossmont College. These students are Chaldean, Muslim, and Kurdish, and they do not take for granted how lucky they are to be here.  President Trump’s executive order surprises and saddens them, especially those who worked with the American military. They can’t understand why the men who worked with American soldiers and risked their lives are not allowed to come now with their families. Yet, they don’t lose hope. They see bright futures for their children and encourage them to study hard.

We have a young man who shines as a tutor in our ESL program at Grossmont College. His wise father encouraged him to take college classes. This young man came up the ranks in our program and decided he wants to give back. His love of learning is infectious.  He is a full time student, who in addition to tutoring also works 25 hours a week at a liquor store, sometimes dealing with crazy customers.

Finally, all of the Middle Eastern students have been thoroughly vetted before they get here, many waiting several years and going through many interviews before they are allowed in. We all have our prejudices, but I would hope that as a nation of immigrants [I am the Jewish granddaughter of immigrants], we could rise above those prejudices and the fear of the unknown and welcome these new immigrants who want to make a new life for themselves and enrich their adopted land.
Pollack is an ESL instructor and freelance writer.