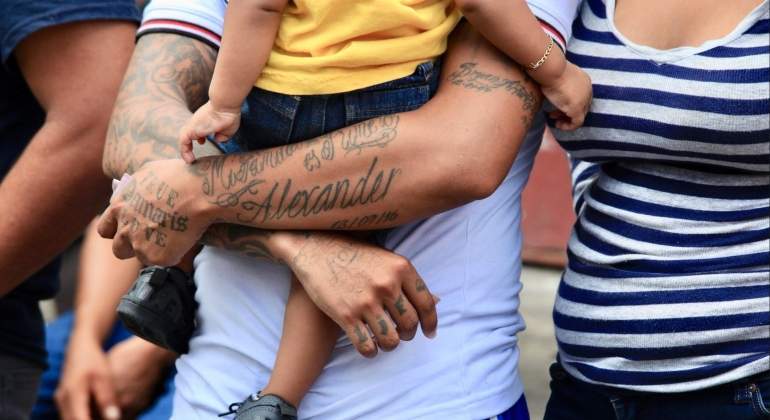 I know a guy in Georgia who is descended from six generations of Irish that have all lived on the same piece of land since the early 1800s. The first to arrive in Georgia swam here, not from Ireland directly (although that story would be a perfectly Irish tale) but from the British ship he escaped by diving into the ocean at night when the guards were looking the other way. The lad was serving on a Royal Navy press gang, enlisted by force on the other side of the Atlantic. Three months of salt pork and stormy seas were enough. One Olympic feat later, he was an American.

People fleeing hardship have found solace in America for as long as America has been a place on the map. One of my great grandfathers moved here after his entire community was expelled from Vilnius during a period of social unrest under Russian rule. He arrived with little more than a hungry family to feed and equal measures of hustle and grit, speaking no English. His first census entry lists “peddler” as his occupation; his last census lists his occupation as “land lord”. His children all earned college degrees and had fruitful careers in medicine, law, and business.

That’s the classic American immigration fable—the hard-scrabble success story, eked out by the guy who played by the rules. It’s a true story and it has happened millions of times that way. America is a great nation because of men and women who followed a similar path.

But it’s not the only story.

There is another part of American greatness that we resist because it is uncomfortable and unsettling, but it remains nonetheless true: America was built by renegade, criminal malcontents with a situationally-dependent view of governmental authority. People with a blithe disregard for laws, tyrants, and borders have always made the best Americans.

Remember that time Samuel Adams and Paul Revere, along with a secret society called the Sons of Liberty trespassed and looted a ship to destroy private property because they had an issue with a tax law?

Remember when a treasonous band of rogue farmers and merchants, including John Adams the abolitionist, Thomas Jefferson the slave owner, and Benjamin Franklin the witty philanderer, set aside their differences to jointly risk their lives, their fortunes, their sacred honor to tell their government to go to hell and started a transatlantic war over it?

Remember when Stephen F. Austin, Sam Houston, Jim Bowie and a bunch of settlers, who had been paid by the Mexican government to farm impossible soil surrounded by indigenous militants, decided to give President Santa Anna the finger and take all that Mexican land for themselves to create their own independent republic?

Remember when the Quakers, preachers, industrialists, poets and activists of Ohio, New York and Pennsylvania joined forces to violate the property and commerce laws of half the American states, aiding and abetting fugitive criminals in the Underground Railroad? Remember Frederick Douglas, Harriet Tubman, and Sojourner Truth who, along with thousands of other illegal immigrants from southern states, fled their bonds of slavery to live as undocumented aliens in Canada and the North using that same illicit migrant caravan?

Remember when Werner Von Braun betrayed his own country and surrendered to invaders, stole military secrets to use as personal bargaining chips, lied to his new interrogators to cover up his voluntary involvement in both the Nazi Party and the SS, and then reinvented himself, in Alabama of all places, as the American poster scientist for the space age?

Remember when first Kennedy and then Reagan stood in Berlin and taunted the totalitarian state that was hiding behind a border wall and draconian immigration policies?

Speaking of Berlin, remember the Disney movie Night Crossing about the 1979 illegal immigration of two families from East Berlin to the West in a makeshift Hot Air Balloon? In 1982 we hated a wall. We cheered for the illegal immigrants. We laughed at the Stasi, trying in vain to stand in the way of human triumph.

What happened to our American love of the indomitable law breakers?

Another of my great grandfathers fled to America after he took part in a failed uprising. He had attempted to overthrow parts of his own government, and when that fell through, he skedaddled on a ship to America. He was a seditionist, a guy with obvious contempt for authority and a legitimate criminal record. But America was hiring back then, and there was no question where in the world a guy like him could go pursue happiness.

Our attitudes have changed about who can and can’t get dunked in the great melting pot. But even with a more cautious approach to immigration, there is no excuse for a system that is simply broken. Are we so politically divided that we cannot design and enforce a mechanism that is efficient and humane while also securing American borders? Are we so deeply entrenched that we would place bureaucracy above the lives of real people?

Borders matter, of course. No country can be free if it is not secure, and an open door is not a viable or even desirable solution.

The rule of law matters. Our society flourishes only because we enjoy equal standing and protections that have made us the envy of the world.

But laws and borders only exist to serve mankind. They are human institutions designed to effect our Safety and Happiness.

The lives of children who died in CBP custody and hundreds of others living in deplorable conditions in holding facilities also matter. The hopes and dreams of a father escaping the turmoil of his homeland matter today just as much as they did for my great grandfathers who came here for the same reason. This is the stuff of our American ideal – our moral high ground.

Hustle and grit and a healthy disregard for laws that diminish liberty—uncomfortable as this is—have always been the engine that powered American greatness.

Our standard cannot only be for perfect people to immigrate here perfectly. The imperfection of our own complex and burdensome immigration system belies the hypocrisy of that aim. The log in our own eye, as it were.

Our Prima Dictum: we want people who want to be Americans. If they break a few laws to get here, are they really less worthy? They are merely inheritors of our grand tradition.

There are many ways to stand for positive change on this issue. One option, which I support, is The Refugee and Immigrant Center for Education and Legal Services (RAICES), which seeks systemic relief through the American legal system. RAICES has filed several lawsuits on behalf of separated families and children living in U.S. custody. The organization currently has a three-star rating from Charity Navigator and a platinum seal of transparency from charity watchdog GuideStar.