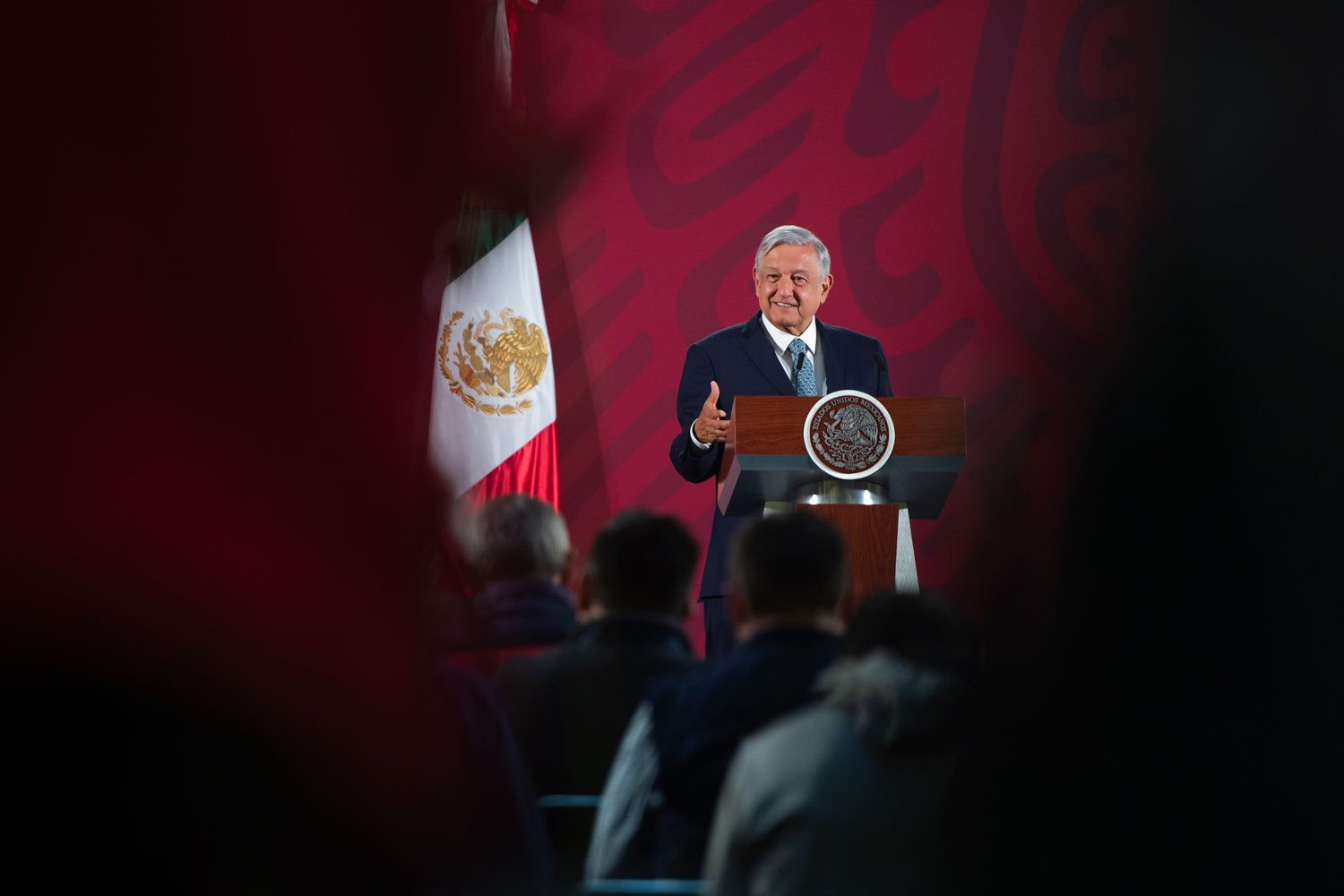 In recent weeks, as Mexico’s neighbors to the north and south have restricted air travel and closed schools and businesses to slow the spread of the coronavirus, Mexican President Andrés Manuel López Obrador has nonchalantly portrayed his country as one on the sidelines of the global health crisis.

“Pandemics … won’t do anything to us,” he said on Monday while accusing the media and his political opponents of exaggerating the threat of the virus.

He has declined to close his borders or ban travel from particularly afflicted countries and has brazenly ignored recommendations from his own deputy health minister that Mexicans refrain from greeting each other with a customary hug and kiss.

At a large rally over the weekend, López Obrador waded proudly into the crowd, kissing children and embracing supporters. He has made a show of waving off offerings of anti-bacterial gel. And on Wednesday, before appearing at another large event, he showcased a collection of good-luck charms that he carries with him, including Catholic scapulars and a U.S. 2-dollar bill.

“They are my bodyguards,” he said, smiling.

He has remained defiant even as the peso tumbles to a historic low amid growing concerns about the impact of the virus and mounting fears of a global recession.

His stance has drawn comparisons to that of President Trump, who for weeks downplayed the risk of coronavirus in the U.S., as well as to Brazilian President Jair Bolsonaro, who recently dismissed extreme measures to contain the disease as “hysteria.”

It has also generated a wave of criticism of López Obrador, a leftist populist who was elected in a landslide in 2018.

“His irresponsibility is almost criminal,” Mexican political analyst Jesús Silva-Herzog Márquez wrote in a column in Milenio newspaper on Monday.

In recent days, Mexico has taken several measures to slow the spread of the disease, including suspending the country’s national soccer league and closing schools for one month, beginning Monday. Some states have gone further, closing schools sooner and urging residents to stay home.

Yet Mexico has declined to limit travel, even from countries with major outbreaks, a move that top officials have acknowledged is partly to protect the country’s vastly important tourism sector, which accounts for more than 8% of the nation’s GDP. Significantly, Mexico has not been conducting extensive health screenings of arriving travelers.

Epidemiologists have warned that bolder measures are needed — and fast.

Mexico says it has confirmed only 118 cases of COVID-19 — all in people who recently traveled out of the country or came into direct contact with somebody else who had. On Wednesday, it recorded its first death from the virus — a man who suffered from diabetes and who first showed symptoms on March 9. Officials say the country is still in Phase 1 of the pandemic, meaning there have been no cases of community transmission.

But experts say the government’s failure to conduct widespread tests makes it impossible to conclude that the virus has not spread within Mexico.

Alejandro Macias, a former federal health official and an infectious diseases specialist at the University of Guanajuato, said it is “very probable” that Mexico already has community transmission.

“This is how the virus has acted around the world, and there’s no reason to think that it should behave any differently here,” Macias said.

He noted that the number of cases has escalated rapidly — from just seven on March 9 — and said he was sure that health authorities have been privately pressing for more extensive testing. “But they are trapped in a difficult situation with few resources,” he said.

He criticized López Obrador for not devoting more resources to combating the virus and for downplaying its risk. “He doesn’t have the qualifications to have opinions on an epidemic,” Macias said.

Health experts around the world have warned about the limited capacity of hospitals to treat large numbers of patients who have fallen critically ill from the virus.

Those concerns are magnified in Mexico, where the healthcare system is undergoing a major transition. Since taking office on a pledge to fight corruption, López Obrador has slashed healthcare funding, mandated changes in the way hospitals purchase drugs and medical supplies and moved to replace the country’s longtime insurance system with universal healthcare.

The government said this week that it has set aside some $150 million dollars for the purchase of additional medical supplies so that it can treat patients of an outbreak.

Based on China’s experience, health officials this week estimated that as many as 250,656 Mexicans could contract the disease, with 10,528 requiring intensive care in the hospital. They did not release estimates of how many of those would die.

Chinese authorities resorted to drastic measures to contain the virus, locking down Wuhan and other cities in Hubei province in an effort to quarantine the center of the outbreak. Mexican authorities haven’t said whether they are willing to employ such techniques.

Mexicans know well that ordering businesses and schools closed comes with major costs. During the 2009 swine flu epidemic, which originated here, authorities shut down schools, businesses and other aspects of daily life in the nation’s capital and other parts of the country.

The disease was contained within weeks, but the economic disruption lingered. Mexico’s economy contracted 5% in 2009.

Beyond ramping up spending on medial supplies, López Obrador has not proposed any major financial measures to shore up the country’s cratering economy.

The peso fell to 24.30 to the dollar Wednesday — its worst showing in history. The peso’s value has plummeted nearly 30% since last month, when it traded at 18 to the dollar, amid growing concerns about the coronavirus.

Mexico had already been posting near flat growth before the coronavirus outbreak, which has sent oil prices plummeting and triggered a collapse in global tourism and a slowdown of the U.S. economy.

Mexico is deeply connected to the U.S. economy — it sends 80% of its exports to the U.S. — and is likely headed for a recession, analysts said.

“It is hard to see how, under these circumstances, the Mexican economy does not fall into a significant recession in the first half of 2020,” said a March 17 report from Monarch Global Strategies, which advises companies in cross-border trade.

The report suggested that the damage to Mexico’s economy could prove worse than the impact of the virus itself.

“While the Mexican government is beginning to focus on the healthcare aspects of the crisis, it seems quite unconcerned with the economic tsunami that is headed its way,” it said.

Cecilia Sánchez in The Times’ Mexico City bureau contributed to this report.