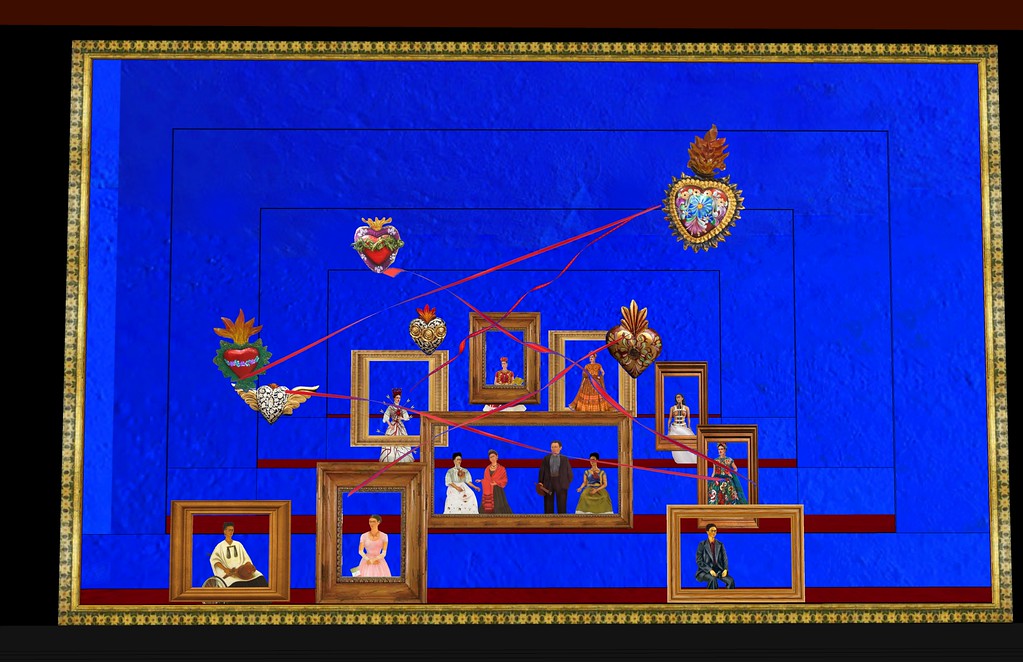 San Diego Opera is excited to present the world premiere of Gabriela Lena Frank’s El último sueño de Frida y Diego (The Last Dream of Frida and Diego) on Saturday, October 29, 2022 at the San Diego Civic Theatre for four performances. Additional performances are November 1, 4, and 6 (matinee), 2022. El último sueño de Frida y Diego is a fictional story, inspired by the lives of the two Mexican artists Frida Kahlo and Diego Rivera. Three years have passed since the death of Frida, and Diego grieves for his wife. On the Día de Muertos he prays for her return, and La Catrina, keeper of the underworld grants his wish allowing Frida and Diego to rekindle their passionate relationship one more time.

El ultimó sueño de Frida y Diego is the first opera by Grammy-Award winning composer Gabriela Lena Frank with the libretto written by Pulitzer-Prize winning playwright Nilo Cruz. El ultimó sueño de Frida y Diego is a co-commission with San Francisco Opera, Ft. Worth Opera, the DePauw University School of Music, with additional support from the University of Texas at Austin College of Fine Arts. These performances star mezzo-soprano Guadalupe Paz as Frida, who last heard locally as Mercedes in 2019’s Carmen. She is joined by baritone Alfredo Daza as Diego, soprano Maria Katzarava as Catrina, and countertenor Key’mon Murrah as Leonardo all in Company debuts. The director is Lorena Maza and the conductor is Roberto Kalb both in Company debuts.

Frida Kahlo and Diego Rivera have inspired generations of artists and this new opera explores the relationship between these two great Mexican artists. During the celebration of Día de Muertos (Day of the Dead), surrounded by candles and the fragrance of marigolds, the great muralist Diego Rivera longs to see his deceased wife Frida Kahlo once more. Catrina, the keeper of the souls, approaches Frida in the afterlife, and explains that Diego desperately needs his beloved wife as the end of his life approaches. For only twenty-four hours, Frida and Diego will relive their tumultuous love through their paintings and embrace the passion they shared.

Composer Gabriela Lena Frank said: “Frida Kahlo has been a hero since my girlhood. Before I could read, I found her in the pages of an art book in my mother’s home library, the only woman in a multi-volume set of ‘great artists.’ My mother pointed out how Frida was small, brown and creative like us; moreover, of thick brow, disabled and a daughter of both Europe and Latin America like me. Images in her paintings danced in my dreams for years. Now with my first opera with librettist Nilo Cruz, it has been a privilege to lose myself in this fantastical story exploring Frida’s tumultuous love affair, even beyond life itself, with Mexican painter Diego Rivera against the vibrant backdrop of the Day of the Dead. I am grateful.”

The Company is pleased to announce a series of concerts, conversations, and screening taking place around this world premiere opera called El Festival de Frida y Diego (The Festival of Frida and Diego). Program details and dates appear towards the bottom of this document.

These performances are made possible in part by The Conrad Prebys Foundation, San Diego Opera’s Fall Season Sponsor and Karl and Greet Hostetler, the Commission and Production Sponsor. This opera is a co-commission with San Francisco Opera, Fort Worth Opera, DePauw University School of Music, and with support from The University of Texas at Austin College of Fine Arts.