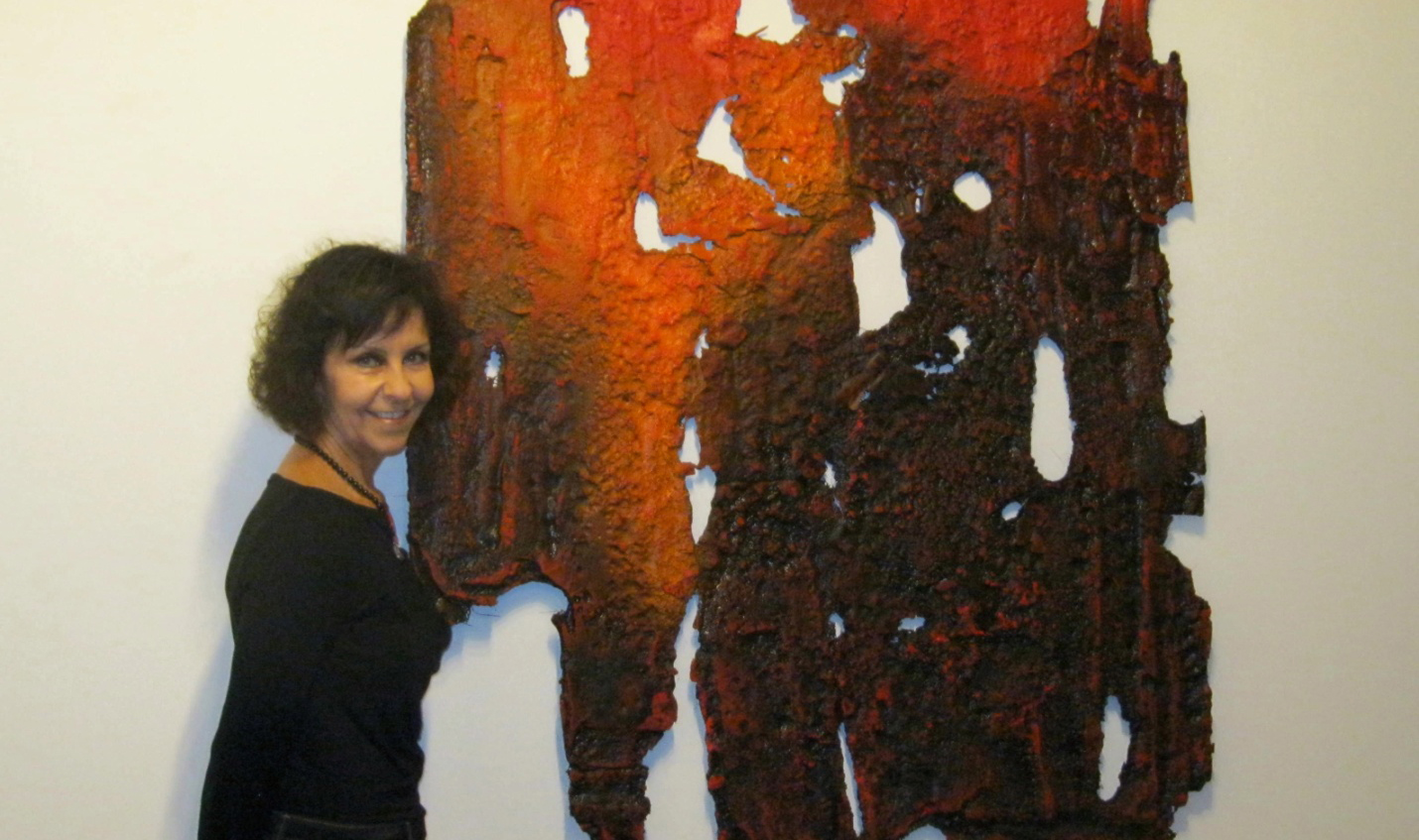 Becky Guttin is a diminutive woman with a large presence. She is a whirlwind of energy and creativity who sees art where others might not. She is known for collecting all kinds of discarded objects and giving them new life. She works daily in her studio on Miramar Rd.

She is also an international artist with permanent collections in Israel, Mexico, South Korea, Malaysia, Austria, India, and in various cities in the United States. Always on the cutting edge, she has an exhibit right now in San Diego in Barrio Logan. Barrio Logan is the new up and coming place for artists.

Her exhibit called, “A Tiny Space of Silence”, is being shown at the Low Gallery. The address is 1878 Main St., but it is actually in the alley behind, giving it a more bohemian feel. The gallery’s director is Meegan Nolan.

Besides the pieces exhibited on the walls, there is also a display case with key chains for sale. Guttin worked for hours crafting her pieces, and has a fascination with materials, wanting to draw contrasts between organic and industrial matter, creating work that is open to interpretation.

One viewer, Sandra Pedregal, asked me if I could see the shape of South America in one of her pieces. She also saw different heads and figures in another piece. A delighted Guttin said that the purpose of the work was for each person to see their own interpretation.

Guttin , herself, is a woman of contradictions like most good artists. A practicing Jew, she holds Shabbat dinners every Friday. She is also a devoted mother to her three children and one granddaughter. On the other hand, she is well known in the local bohemian artist world as shown by her exhibit in this Barrio Logan gallery. She sports intricate tattoos on her hands and arms that look like henna. She is a combination of the conservative Mexican Jew and rebel artist who is also an American citizen.

The exhibit at the Low Gallery runs from September 4th to September 23rd.

There was a reception last Friday September 4th and there will be another reception on September 19th from 7:00 to 10:00 pm.