Inicio Idiomas Amigos Del REP: Giving Back to the Community 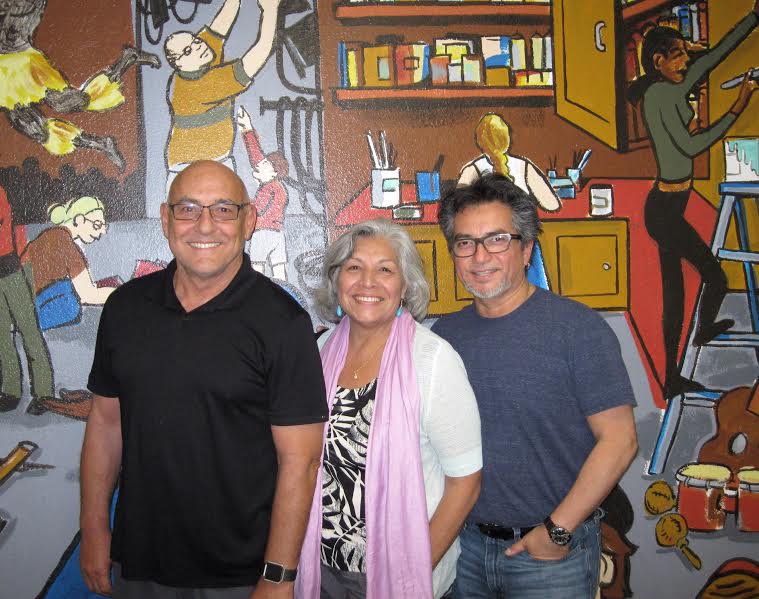 It is not always easy being a Latino or Hispanic performer in the entertainment community. Many times the roles that are offered to actors are limited, as are jobs for directors, producers, stagehands, and technicians.
Amigos Del REP founding members Herbert Siguenza, John Padilla, and Dave Rivas wanted to find a way to change that and showcase Latino actors, playwrights, producers, etc. They decided to form a group under the umbrella of the San Diego REP and Amigos Del REP was born. It is a voluntary community council, and once a month, they give free one night performances or staged readings.

In fact, El Henry, the 2014 award winning play sponsored by both the San Diego REP and the La Jolla Playhouse, had been a reading given by Amigos Del REP four years earlier.
In the Time of Butterflies was another play that started as a reading and was later picked up and produced by the San Diego REP.

In the 2016 season of the San Diego REP, the first and last productions will be plays highlighting Latino performers, including Manifest Destinitis and Into the Beautiful North.

Today, there are eight members in the core group of Amigos Del REP and three producers, Dave Rivas, John Padilla and Sylvia Enrique. Siguenza has become an adviser. Danielle Ward is the liaison representative. It is a labor of love for the dedicated Rivas, Padilla and Enrique who also have day jobs in other fields.
Amigos Del REP has grown and fosters a large family of actors. On their Facebook page, they have headshots of the actors, along with information on each one. There are also experienced stage managers and technicians to cover all aspects of producing a play.

In addition to highlighting Latino actors and playwrights, educational outreach is another important factor. Their goal is to nurture and expose all kinds of Latino talent.

One of their most successful endeavors has been Historias Tenebrosas [Spooky Stories] which has grown into a two night production for both Halloween and Dia de los Muertos [Day of the Dead]. Rivas is the producer and the goal for both nights is to be a cultural event that entertains, educates and enlightens.
The event showcases the similarities and differences between Halloween and Dia de los Muertos and is open to families of all ages. Historias Tenebrosas will be at the Lyceum Theater October 31st and November 1st and starts at 7:00 PM.

Another highlight will be the reading of the play El Cipitio at the Lyceum Space Theater on October 17th at 7:00 PM. Herbert Siguenza will team up with fellow original Culture Clash member, Ric Salinas. This play is based on Randy Ertll’s novel, “The Life and Times of El Cipitio”, and was written by Siguenza, Salinas, and Ertll. El Cipitio comes from a Salvadoran folktale, and both Siguneza and Salinas are Salvadoran/American. Siguenza will direct. With the talented Siguenza and Salinas at the helm, this play should also be picked up by the San Diego REP in an upcoming season.

Finally, Amigos del REP wants to reach out to the community, not only by giving free performances, but also by finding and showcasing future Latino/Hispanic/Chicano talent. For the 2016-2017 season, 20 plays were submitted and 12 were chosen. Hopefully, this will continue to grow, the goals of Amigos Del REP will be reached, and Latino culture will become more a part of the main stage and entertainment community.

For more information and upcoming readings/plays/performances, the website is or on the Amigos Del REP Facebook page,